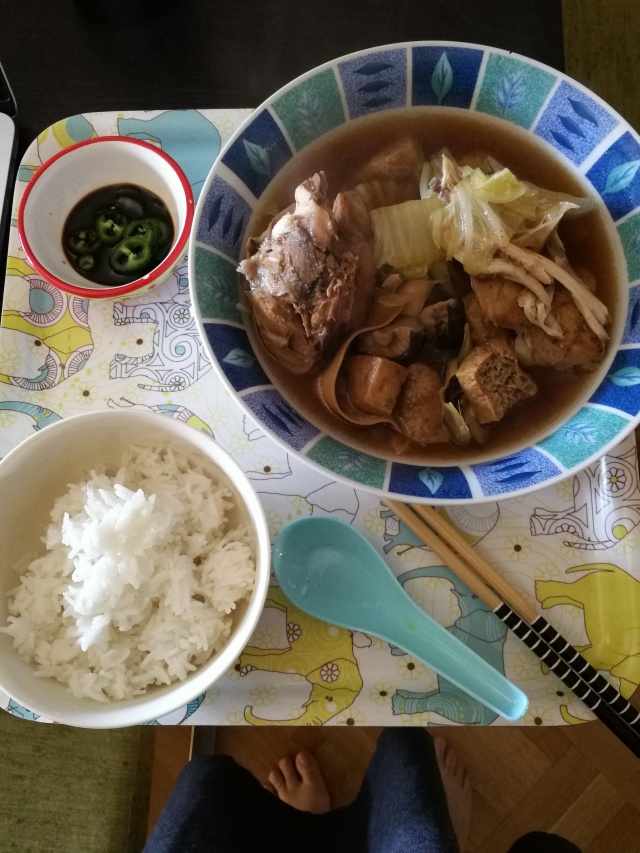 Did I tell you I made some bak kut teh the other day, and it was awesome!! Missing the real deal but this is as close to it as I can get for now. It was really good too. Managed to get all the ingredients too. All hail the Asian supermarket.
I took me close to 3 days to get all the ingredients. Apart from the laziness, it is the fact that parking would be a nightmare where I first intended to go and with a baby in tow it would have been most inconvenient having to park by the roadside bundle baby up and rush in and out and put groceries in the car as quick as possible and try not to get run over whule trying as fast as possible to un-bundle baby back into her car seat. So I tried to out it off as long as possible but the craving was strong.

In the end, my babysitter saved the day. She told me of another new shop which I also thought would be impossible to get to, but she told me a day later when I lamented on the lack of parking that this place has its own carpark area right behind. Now I only have to look for that entryway. Which I did easily thanks to her great and way to follow instructions.

Thanks to her my craving was satisfied. Albeit after 3 days. I don’t cook often. Just wanted to share it. 😀